Project for the creation of “Espacio para la memoria de la batalla de Brunete” (A place for the memory of Brunete battle) in Quijorna.

We are ready to start up a very interesting initiative that has been expected for a long time.  If we can count with your contribution, the project will be a lot better because it will respond to a collective demand.  This is well merited due to the importance and significance of the history behind it.  We just request a few minutes from you, to assess the proposal and decide if you wish to get involved with it.  Thank you very much beforehand.  Salud!!!

Brunete en la Memoria started to work more than ten years ago.  Obviously, at the beginning we did not have either the knowledge or the resources we have now, but the will and the aims were the same:  investigate, spread and find a place for what we call historical and democratic memory in the field of Brunete battle and the military history of the fronts of the central region during the Spanish Civil War, in opposition to the force of habit of a 40 year dictatorship and some other 40 of programmed amnesia.  So far, we have undertaken many of projects but the task we consider fundamental is still pending.  A few months before the 80th anniversary of the Brunete battle, it seems that the only tokens that remain are a handful of small forts next to the road and two or three old monuments and Francoist plaques.

Some meticulous research work about partial issues related to the July 1937 offensive has been undertaken in this part of Madrid.  However, the creation of something like a museum or a research and documentation center dealing with all the aspects in an integrated and accurate way is still pending.  No doubt, a reference place is still lacking.  This place will satisfy the desire for knowledge of neighbors and visitors.  It will also  activate the protection, promotion and enjoyment of the military heritage that still resists on and in this old battle field.

With the aim of remedying this lack, we keep trying to start up a museum and documentation center of the Brunete battle.  We believe that the D day is right here.  So, we request the support of all those that share these ideals.  We want to move from planning to action.

The concrete plan, that many of you already know because it has been  developed for a long time (you have known ups and downs and different versions), intends to offer the following resources within an unique space and with time continuity:

⁃   Permanent collection:  exhibition of pieces that were found in the battle field or received from donations.

⁃   Maps and photographs:  it will show the cartography of different dates and origins related to the military procedures together with the historical photographs, aerial or other, obtained from various sources.

⁃   Library:  it will favor the reading and research of hundreds of documents obtained from previous research in different historical archives, either civil or military.

⁃   A support to the search of combatants:  this service will be offered to the families searching for information about a combatant, missing or not, who had participated in this battle or other fronts of the central region in any of the two armies.

⁃   Guided itineraries:  the main part of the identification work of the spaces of the old battle field is already accomplished.  This has allowed us to design some itineraries that are at disposal of those interested in the factual ground, which also possesses other interesting historical and natural features.

⁃   Support to the research and investigation:  facilitation of how to access to knowledge and places related to the battle to all those people or institutions that either research or product cultural resources:  documentaries, articles, photographs, books, etc.

⁃   Temporary exhibitions:  a space for the dissemination of works or collections of other researchers and artists.

The material is completely ready but we need an appropriate space and the necessary furniture to make it come true.  That is why we ask the cooperation of those that would like to contribute to the creation of “Espacio de la memoria de la batalla de Brunete”.  We are sure you understand that we
lack the resources and need help.

The idea consists in renting some premises in Quijorna, set up the above- mentioned museum, inaugurate and test the viability of the project for a year.  The viability will depend on the acceptance of the public.  A year after we will be able to assess whether it is possible to keep on working in the same space or other.  The objective is to start beginning 2017 and not close in 2018.

The funding campaign for the first year

We need 15.000 euros to guarantee a year of functioning.  It is not a small amount of money but it is right for the purpose.  We would like to obtain this money little by little in the next two months, we request from you a contribution of 15 euros, that will pay for the rent, electricity, water, taxes, furniture, exhibition requirements and adaptation of the building.  If we succeed in receiving the donations of 1000 people or some other people or groups donate bigger amounts, the project shall start up.

Brunete en la Memoria is our identity in the blog, Facebook and activities we undertake.  But it is not a legal association, it is a factual organization in which two people (Sven Tuytens and Ernesto Viñas) work permanently though we count with the cooperation of many others.  The result of this work is now visible in the media.  The idea of inspiration of “Espacio de la memoria” belongs to the whole group but the person in charge is Ernesto Viñas.  He is responsible for this request and its proper use because he will be the administrator of the funds.

If the amount is not obtained, there will not be a museum.  In that case, the money will be used for a more modest alternative:  print on paper the digital photograph collection, keep on researching and improve the exhibition of the collection as it is now.

If the project is successful, Ernesto Viñas will be responsible for the premises and will also be the guide.  His payment from the opening on will be obtained from the entrance tickets, shop, excursions and other activities.  In case the income is higher than a normal decent salary, while the functioning depends on the voluntary donations, the rest of the money will be used to develop the “Espacio”.  Obviously, we make a commitment of informing you and the comrades of AABI about the employment of the funds.

We believe that the long years we have been working selflessly and the quality of our products enable us to ask for this token of trust.  “Espacio de memoria de la batalla de Brunete” can turn into a collective success with a cultural, social and protest quality that will try to satisfy a need for historical knowledge and the necessary recognition to the combatants.

We look forward to your response and we thank you for your time.  Your cooperation is fundamental.  However, if you are unable to collaborate, please  send on details of the initiative.

As a recognition, those who have cooperated with the museum, will have two free tickets or two tickets for an excursion.  We look forward to a personal meeting in “Espacio” in Quijorna or in an itinerary of the Brunete battle.
Ernesto Viñas & Sven Tuytens 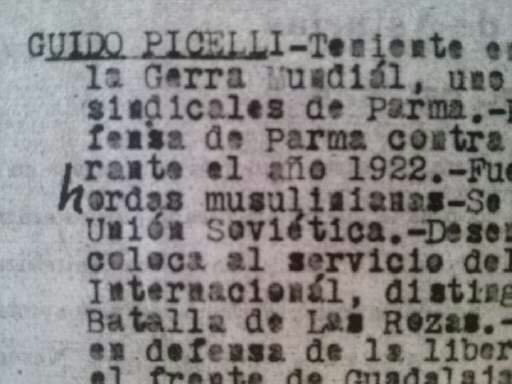 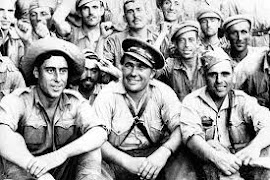